Click the button below to book your School Tour 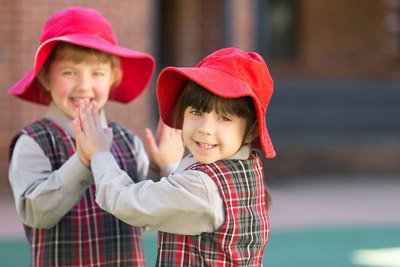 We hope you enjoy exploring our new site. If anything doesn't look right or you are finding it hard to locate something, please let us know.

St. Peter’s has an extensive Band Programme which is one of the highlights of our school. Over 100 children from Years 3 – 6 are members of our Band Programme.

We also offer a Training Band programme for beginners. Students involved in the Training Band receive weekly tutelage from a member of our Music Staff and work towards progressing into Junior Band. The Training Band Programme gives students the opportunity to taste what learning an instrument involves before they progress and commit to joining a band.

Applications to join the Band Programme as well as our School’s Band brochure can be collected from the School Office. Participation in the Band programme is by invitation, after an application has been made. Spaces in the Band Programme are limited for those who decide to hire an instrument from the School as it depends on instrument availability. Group Tuition is offered for our Band members. The total cost of tuition per term is in the realm of what you might normally expect to pay for a single private tuition lesson per week. Charges are listed below for tuition (all Band members), care kits, reeds and instrument hire (for those who do not own their instrument only).

Miss Hardiman is our Band Conductor and loves seeing the development of progress of our students and they move through our band programme.